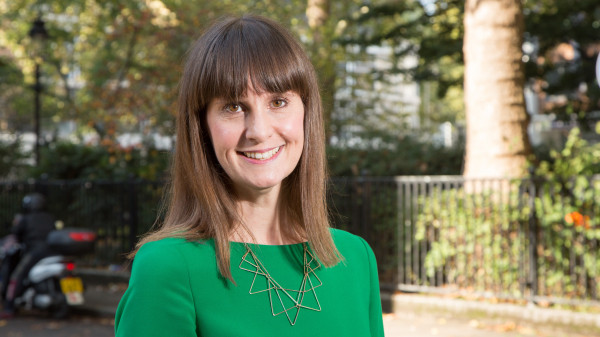 The International Federation for Housing and Planning (IFHP) is pleased to announce that Kate Henderson, Chief Executive of the National Housing Federation, will assume the role of Deputy President of the Board.

“As we see affordable housing, changing demographics and social cohesion rise up the political agenda in countries right across the world the International Federation for Housing and Planning has a vital role in sharing experiences and good practice between countries and positively influencing policy at a national and city scale. The IFHP charter on creating better, safer and more inclusive cities for all resonates today more than ever as cities globally will expand with a billion more people by 2030. It is a privilege to become the deputy president of IFHP at this pivotal time.”

Kate Henderson takes over from Dr. Cheong Koon Hean, CEO of Singapore’s Housing and Development Board (HDB), who has served as IFHP Deputy President since 2016.

President of the Board, Jens Kramer Mikkelsen said:

“It is with great pleasure that we welcome Kate Henderson in her new capacity in IFHP, where she will continue her important contribution towards bringing IFHPs vision of better, greener and more inclusive cities to life.”

Kate Henderson has been on the Board of the IFHP since 2016 and has been involved with the organisation for the past decade through her previous role as Chief Executive of the Town and Country Planning Association (TCPA). The TCPA and IFHP were both established as part of the Garden City movement by Sir Ebenezer Howard more than a century ago and today the TCPA is the IFHP’s UK national chapter, acting as a national focal point of the IFHP for members and interested individuals in the UK.

Kate Henderson’s new role at the National Housing Federation is also fundamental to the IFHPs two main pillars, housing and planning. The IFHP’s flagship programme, Social Cities, translates the original purpose of IFHP into a platform designed to improve liveability and social cohesion in cities. The Social Cities programme introduces a scalable and adaptable methodology for measuring, designing and implementing socially sustainable solutions in collaboration with citizens, politicians and corporations.

Funded by the Danish foundations, Realdania and the Rambøll Foundation, the Social Cities programme is currently under its inaugural testing with five Danish municipalities and is developed in collaboration with Rambøll Management and the London School of Economics & Political Science.

“The IFHP Social Cities platform is an excellent tool for bringing local governments, housing and planning professionals, public and private organisations and civil society together in addressing and finding sustainable solutions to the defining challenges of our time.”

The momentum for IFHP Social Cities reaches far beyond the Danish municipalities currently involved and IFHP is inviting more cities internationally to be part of the movement.

Mr. Jens Kramer Mikkelsen, President of the IFHP who has an optimistic outlook on the future of the organisation, added:

“For the IFHP to have a significant sustainability-impact on cities, it needs to scale its programs. Therefore, we are offering our extensive list of members as partners for local governments and developers to make better cities that are designed by people for people.”

Ms. Kate Henderson has an extensive, successful career within the field of housing policy and is a formidable addition to IFHP Board management. For more than a decade, Kate Henderson has been a recognizable voice in British housing policy, where she has worked to engage the highest levels in government in ensuring affordable housing, inclusivity and social justice is at the heart of the housing debate. She became the Chief Executive of the National Housing Federation in England in October 2018 and previous positions include:

Kate Henderson has also co-authored three books on housing and planning, including ‘Rebuilding Britain: Planning for a Better Future’ and, more recently, ‘The Art of Building a Garden City: Building New Communities for the 21st Century’.

The International Federation for Housing and Planning was inaugurated in London on the 22nd of August 1913 under the Presidency of Ebenezer Howard and Secretaryship of Ewart Culpin. Since then, the purposes and areas of interest of the federation have gradually evolved and expanded, as the headquarters locations have moved 16 times through five countries: UK, Belgium, Germany, The Netherlands and now Denmark.

Today, IFHP is a global network of urban professionals who work to make cities better for people. We advocate for people’s roles in cities and for social cohesiveness, as it is our belief that a city cannot function and thrive without inclusivity at all levels. We strive to achieve a combination of local, concrete and implementable actions and global advocacy.

We base our activities on our motto “Better cities for all”. Currently, the UN Sustainable Development Goal number 11 (Make cities more inclusive. safe, resilient and sustainable) and the UN Habitat’s New Urban Agenda, are our most important references when it comes to defining sustainable cities and housing issues. IFHP is an implementation agent of these goals, which means that we explain, translate and concretize the global agendas, by transforming them into practical action on a local scale - through projects, seminars and workshops with relevant partners in various countries.

Aside from the Social Cities programme, IFHPs activities center around what we call ‘urban labs’. In these ‘laboratories’, members, cities, companies, or organisations present challenges within urban development, where IFHP brings independent expert knowledge from various sectors and nationalities to discuss the issue. These urban labs can take different forms, ranging from two-hour seminars to workshops lasting several days, and can result in different outcomes, ranging from reports or concrete actions to further progress in dialogue between relevant actors in our network. Read more: www.ifhp.org and www.ifhpsocialcities.org.