Home › IFHP on the Road in America - @IFHPKnowledge reporting

IFHP on the Road in America - @IFHPKnowledge reporting

IFHP on the Road in America - @IFHPKnowledge reporting 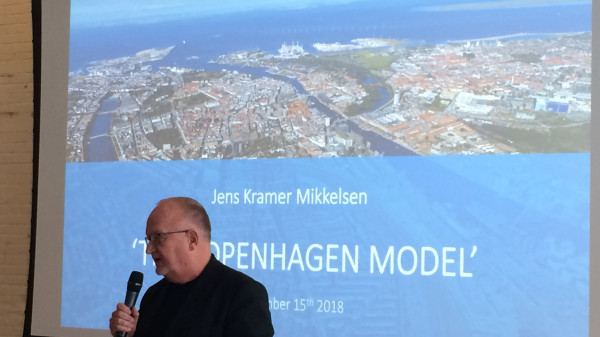 Posted:
18. December 2018
IFHP on the Road in America Sharing and Comparing Models for the Inclusive City: “The Copenhagen Model” vs.American Opportunity Zones

IFHP President, Jens Kramer-Mikkelsen and IFHP Knowledge Regitze Marianne Hess are recently back from North America, where they participated in the workshop on "Financing the Inclusive City".

This theme goes hand-in-hand with IFHP’s own focus on the parameters for the “Social City”. The workshop was led by Bruce Katz, who is friend of IFHP and of BLOXHub, home to IFHP. Bruce Katz is now with the Nowak Metro Finance Lab, of the Lindy Institute at Drexel University in Philadelphia.

A noteworthy comparison was Copenhagen being an example of “capture of land value”, whereas Hamburg being an example of creation of land value. And a particular reflection from Jens Kramer-Mikkelsen was whereas the European models sought to leverage private investment for the benefit of the common good, in the case of financing the Copenhagen metro construction, the American “opportunity zones” are seemingly using public means, i.e. tax relief, for the benefit of private investment.

Also worth noting Drexel has also recently instituted a masters programme in "urban strategy" https://drexel.edu/westphal/academics/graduate/URBS/ , that is directly inspired by the LSE Cities programme, whom IFHP has as partner to IFHP Social Cities.

With this a great point of departure for greater knowledge exchange across the Atlantic on models for both economically and socially inclusive cities.