Global alliance for better cities is headed by Danes 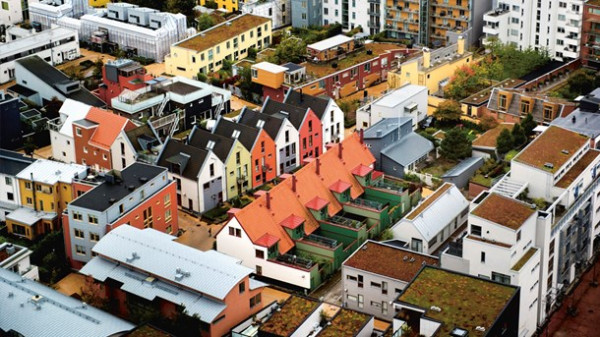 Social sustainability is about people feeling safe and content in the place they call home. It sounds banal, but local politicians, urban planners and property developers are still looking for the secret behind 'the liveable city'.

This article was originally published in Danish by Danish online newspaper Mandag Morgen, Issue 7, Februrary 2018. It has been translated by IFHP staff.

That is how staggering the need is for new dwellings in 12 of the world’s most populated countries. All around the globe millions of people flock to the cities. In a country such as Turkey, three out of four people lived in the countryside in 1950. Today, three out of four Turks live in cities.

To put it in a different way, the world’s cities are growing explosively. The market for real-estate developers and architects, who can build new cities with healthy and climate friendly homes in socially sustainable and affordable developments, is in other words vast.

In China, India and Africa, weak public administrations are struggling to provide housing for the millions of people migrating from the countryside to the city every year. In Europe and North America, administrations are struggling to rehabilitate thousands of cities whose central areas have been disfigured by the post war era’s car-dominance, and whose new suburbs are ill-functioning satellite cities. In Denmark and other European countries, it is a common experience that citizens in modern residential areas feel unsafe even if the crime rate is going down and traffic safety is improving.

In other words, there is a rapidly growing need across the world to learn how to create liveable cities. Cities, where people feel safe. Cities, where social cohesion and sustainability have stronger foundations than they do today.

It is this demand for knowledge of what makes a liveable city that a new strong alliance of Danish stakeholders has decided to accommodate.

The main driver behind the alliance is the international organisation the International Federation for Housing and Planning, IFHP, which has been located by Frederiks Holms Kanal in the centre of Copenhagen since 2013. IFHP, which was originally founded in UK in 1913, works toward the distribution of knowledge of well-functioning housing developments worldwide. Amongst IFHP’s members and partners are social housing companies, public authorities and private corporations with an interest in housing developments.

“In the past decade, the task of making cities and neighbourhoods environmentally sustainable has been the centre of attention, and we are working intensely on this task worldwide. But on the other hand, we tend to neglect the social sustainability. It is an intangible concept - even if it is rarely hard to tell when a neighbourhood is not socially sustainable”, says Anette Galskjøt, the CEO of IFHP’s secretariat, where the Chairman is former Realdania-CEO Flemming Borreskov.

“Our Social Cities project is about mapping which exact indicators make citizens living in any part of the world feel content with his or her neighbourhood. As things stand today, city planners don’t know what works and what doesn’t”, says Galskjøt.

Along with Strategy Director Morten Nielsen, Anette Galskjøt has gathered a strong alliance of Danish – but also internationally engaged – stakeholders behind the Social Cities project. Realdania, the Ramboll Foundation, London School of Economics, Implement and Gehl Architects all work in developments and urban planning, and can all from their perspectives see the benefits of partaking in the alliance which has as its goal to contribute to the realisation of goal 11 in the UN’s list of 17 Sustainable Development Goals. Goal 11 is about creating sustainable cities and communities for all people in all parts of the world.

“It is evident that cities and communities across the world are very different. But no matter if we find ourselves in a wealthy neighbourhood in the affluent part of the world or we are in a slum dwelling in Asia or Africa, the people that live there will have a clear idea about whether it is a pleasant place to live or not”, says Morten Nielsen, and continues:

“Therefore, we must go out and ask people how they experience not only their concrete residence, but also the neighbourhood it is situated in and the lifestyle that it is possible to unfold in the neighbourhood. Is it possible to find housing? Is it affordable? Does it work as intended? Is the neighbourhood safe? Are there public meeting spaces where people can meet? Is there easy access to the stores and services needed?”

Initially, IFHP and the project partners will develop a Social Cities Index with participation of 10 Danish municipalities. With this index handy, the municipalities will according to Anette Galskjøt and Morten Nielsen get an easy-to-read diagnose of the social sustainability in different neighbourhoods.

It is the hope of the alliance partners that the Social Cities Index in the long run can become a tool for urban planners, housing companies and private real-estate developers worldwide.

“Urban planning and city development are complex processes where economy, environment and other factors interfere. Residential areas are often built very fast when demand is high. But there are also many examples of visionary private developers who choose to focus on social sustainability because they know it serves their investment better in a long-term perspective”, says Galskjøt.

As an example, she highlights the developments happening in an area of Valby, Denmark, which used to house Copenhagen’s Grønttorv market, and where the FB-group is now constructing owner occupied dwellings, housing cooperatives and subsidized housing at the same time.

“The mix of ownership forms is an interesting trend that strengthens social sustainability”, says Galskjøt.

Henrik Seiding, Executive Director in Ramboll Management Consulting has chosen to engage in the development of the Social Cities Index because social sustainability is high in demand, but also a complex component when it comes to developing new cities and neighbourhoods.

“It is important that decision makers at all times have an adequate picture of the consequences of the decisions being made. Offering the opportunity for this degree of evaluations basically make the development possible to control and provide the basis for making the most of each investment”, says Seiding, who explains that in Ramboll they prioritize engaging in projects which can in one way or another help local and global stakeholders promote the global goals.

“It applies to our consultancy services as well as our research donations from the Ramboll Foundation. The index is an excellent example, and so is the report we just published along with C40 (a global network of mega cities and other big cities that have obliged themselves to reduce carbon emissions, Copenhagen being one of them), which aims at strengthening the world’s cities by clarifying the many positive derived effects of climate initiatives”, says Seiding.

Ramboll has just published a new urban audit from Denmark where more than 3,000 citizens have been asked what they think makes a liveable city. It turns out that a lot of citizens feel unsafe despite dropping crime rates and better traffic safety.

“It means that we all – cities, politicians, organisations and consultants – must address somewhat abstract notions such as experienced safety; that is how citizens see and feel the world. I think this demonstrates that the social side of urban development must not remain undisclosed as is the case today”, says the Ramboll Director.