The Co-creation of public spaces in cities in transition 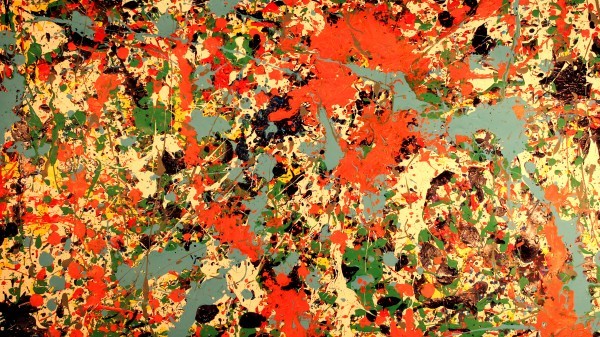 Public space has a prominent position in urban discussions. Its role of ‘home of the collective’ is crucial for the unification of urban space. The collective will always be there, ever alive and undergoing developments as a result of changing individuals, and all other dynamics in society, space, etc. We observe more and more that city dwellers appropriate public space for all kind of expressions, giving life, identity and safety to the urban space.

The IFHP roundtable, taking place at 10 July at the AESOP congress and moderated by Derek Martin, brought to the discussion the dynamics in urban space in Balkan cities. What makes Balkan cities different from others? The cities are in a transition due to the former communist regimes with their characteristic architecture and now showing strongly how private interests gain great influence. Also occurs a demand for public participation, expressing itself in a bottom-up manner. Formal and informal planning are co-existing. How to harmonize these developments, how to formally react on bottom-up initiatives, how to stimulate them?

The speakers of the round-table are involved with active and creative use of public space. They showed to invest huge effort in qualifying the space for the citizens, strongly engaged and often struggling with both the governmental and private commercial forces.

Urban design, ideology, and power: use of the central square in Tirana, Albania

Dorina Pojani, working at the Department of Urbanism of TU Delft in The Netherlands, discussed the redesign of a central square in Tirana, Albania. She explained that after the independency of Albania in 1912, the Albanian local governments put effort in creating an own Albanian identity in their cities. The same applied to Tirana. The city used to have very organic, small-scaled pattern. When the Italians occupied the city during World War II, they started to really plan the city, in quite an authoritarian way of planning, leading to symbolic, fascistic architecture. After the war, the communists took over. Some of the Italian architecture was kept, however a lot has been torn down. Big open spaces were created for communistic parades, manifestations, events etc. The result of these and former developments was a very impersonal urban space. By the end of communism in the early ‘90’s, space became free for commercial actors. Also car use increased a lot. The urban transformation was messy, however came into being by and for people. The government did try to steer urban developments. The central square in Tirana was subject of many designs; pretty much ‘designed designs’. For several reasons, mainly political, they were never implemented. In the end, the square became just a traffic zone.

The centre of Tirana never became a centre in which people like to come. What is happening at the same time in other parts of the city? Private parties were of great influence, building condominiums. Bars and other commercial activities are emerging. This process goes spontaneously, bottom-up without much public control. And it is exactly there where people like to be. Pojani concludes with the statement that although a certain extend of planning is necessary, we see that the spontaneously happening urban activities have often more attractive force than governmental planning interventions.

Tanja Raijc works at the NGO Expeditio in Kotor, Montenegro. By different activities, from research to lobbying to concrete interventions, the NGO aims to sustainable spatial development. Expeditio sees itself fitting in the spirit of the so-called pirate architecture; trying to change the city system, often together with citizens and applying different architecture. They work mainly on the themes of spatial development, cultural heritage and environmental sustainability.

Rajic explains how public space in cities in Montenegro is taken over by the commercial sectors. People complain how the streets are full of tables and chairs of bars with which they do not identify themselves. Tourism is increasing a lot, huge cruise ships stop at the Montenegrin coast, and the tourists of course use the public space. However, the locals feel less home in that same space. They feel no adequate space is left for them.

With (artistic) interventions, research and publications, Expedition brings these kind of conflicts to the discussion.

Bostjan Bugaric of NGO KUD C3 is already for years active in the neighbourhood Zalog in Ljubljana. He questions: why do the people living in this neighbourhood not go to the city centre, although it is so easily accessible by train? Because they are not part of the city. This group, living in the outskirts of the city, is marginalised and stigmatised.

They are Slovenians, however treated as immigrants; their parents once migrated from other ex-Yugoslavian countries. The centre of Ljubljana shows a process of gentrification, leading to flows of the poorer population to the outskirts. According to the speaker, the mayor is leading Ljubljana as it was a commercial firm. Zalog is in that regard not interesting for the local authorities and public space in Zalog does not benefit from any public interventions. KUD C3 is already for years active in the area.  Starting with trust building, listening to the youth and other residents to get to know what they need led to a bottom-up regeneration process which is in hands of the community. Urban activism is necessary in these kind of places, otherwise the area only deteriorates. With all efforts and the long-term participatory interventions, they gained a unique identity, mainly focussing on the youngsters. Those became increasingly active, creating a framework for expectations for the future.

A Model for Savamala, Belgrade, Serbia

Maja Popovic of Failed Architecture in Amsterdam and the Urban Incubator in Belgrade is engaged with the public space of Belgrade, principally in the well located however neglected area Savamala.

The motive is eagerness to create a nice public space. If the urban activists don’t do it, nobody does. Savamala, located near the center and at the southern bank of the Sava river, was until the first World War the main trade area of the city, scenic and commercially active. However, it became neglected, serving for heavy traffic and informal commercial activities. Trade has moved out. On top of that, the area has been bombed during World War II. As in many abandoned however exciting city areas, Savamala started attracting cultural entrepreneurship. A few cultural centers have opened up and Savamala became the place to go out at night. The locals do suffer; during the day heavy transport passes, at night party people.. Still they are happy too, the area profits from the (creative) initiatives. Popovic questions the roles of each group of urban actors. She mentions the lack of voice of the citizens and that public administration should bridge the citizens and the political and economical actors. However, the public administration is too much linked to these last two groups, and much less to the citizens’ demands. The German Goethe institute faced this situation and decided to react. Connected with the Goethe Institute, the Urban Incubator tries to claim public space for cultural use, serving as an example to make ‘normal locals’ do the same.

Recently some big real estate plans for Savamala have been developed and promoted. And also recently, opposing citizens and action groups are showing they do not agree with these plans. All these developments are now evolving; the speaker showed that she is excited about it and also happy to see that the opposing groups seem to have an organizing power.

Above mentioned initiatives hardly get support of the local governments. They depend on the good will of the speakers and their partners, on community efforts and collaboration and on foreign (financial) support. That makes these kinds of projects until now pretty vulnerable. They also show how important bottom-up initiatives are for the city, and that those actions need a certain space in order to blossom. Use of public space is very important for a lively city. However, some nuance is necessary: public space is a very broad concept. And with that, some uses bother other people, such as the case when spaces are taken over by youngsters that make a lot of noise at night. Use of public space therefor often does need some guidance. The afternoon session again showed the relevance of the ever ongoing discussion of how to deal with these kind of initiatives, how to facilitate them without taking away the bottom-up character.

VELUX at Habitat III with IFHP: Renovation as a Sustainable Alternative