Home › Blog › Arun Jain on the “Right to the City”

Arun Jain on the “Right to the City” 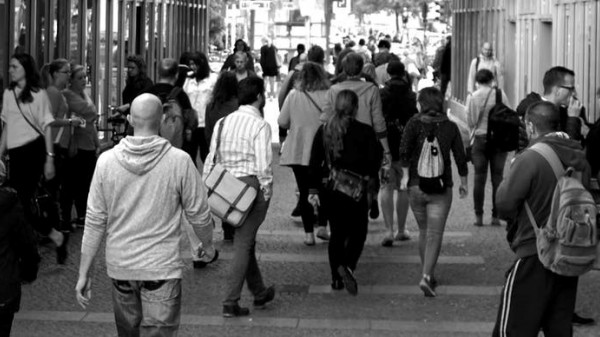 In preparation for the UN Habitat III in Quito, Arun was one of 20 global experts selected to elaborate a white paper for the New Urban Agenda, in Policy Unit #1, that addressed “The Right to the City”. We asked him about his take on the concept.

IFHP Board Member Arun Jain was invited by the UN Habitat as one of 200 experts to help create ten white papers intended to inform the “New Urban Agenda” (NUA), a primary outcome of Habitat III, held in Quito, Ecuador in October 2016. Arun was one of 20 global experts selected by UN Habitat III to elaborate the white paper for Policy Unit #1 that addressed “The Right to the City”.

Is it possible to formulate effective global policy guidelines on “The Right to the City”?

“The Right to the City” as articulated by Lefebvre and elaborated by Harvey is an elegant set of aspirations. However, aside from its articulation by academics, there is no one document that embraces the full range of assertions that have been made under its banner. Although these policy declarations tend to be future oriented statements of intent, it is hard to find examples of their effective implementation.
In the context of Habitat III, and its keystone New Urban Agenda declaration, it was clear to me that our goal should be to address the fundamental principles behind the “Right to the City” movement and make them acceptable for the largest number of member states.
The dialogues leading to the white paper took place in Lima, Peru and in Bogotá, Colombia. The Right to the City movement has matured the most in South America, and accordingly, the UN Habitat policy unit team was dominated by experts who had long involvements with it. Looking back this was likely a strategic mistake, because the dialogue remained unable to internationalize the movement’s basic principles by acknowledging the variety of settings in which they would have to succeed.
South American discourse uniquely integrates social, economic, and political polemic. This cultural and linguistic integration is harder to explain in simpler terms outside the continent. Unfortunately, the emphasis of the dialogue leading up to the white paper was largely confined to an articulation of the movement’s ideals in the form of a manifesto. In my view, it would have been more productive to lay out clearly how the ideals could apply in different situations to attract the largest acceptance.
This collective stance made the white paper less pragmatic and more a strident statement that ignored the realities of how cities function. This in turn made the global policy guidelines for the movement difficult for many countries to embrace. This is truly unfortunate since the broad ideals remain worthy and relevant. As a consequence, the NUA only marginally acknowledges this set of ideals leaving it up to each city and country to consider independently.

How can urban politicians, planners and actors implement “The Right to the City” ideals?

As an urban designer and urban strategist who works in the field, I prefer to look beyond the politically correct assertions, and consider how the best values behind any good idea can be implemented across different settings. In my opinion, we need to consider how the implementation of any good ideal will impact our desire for better access, services and the environment. To address such concerns, the three umbrellas of transparency, equity and fairness provide a more robust basis upon which to assess and act. They also provide a more practical basis for intervention. Such constructs are potentially more persuasive measures of success as opposed to the more strident assertions like “the need to de-commoditize land” made by the Right to the City movement.
Finally, we need to understand and appreciate just how hard most city administrations work to strike the right balances between all the competing forces at play. Before asserting more demands, we must acknowledge the limitations of their resources, governance structures and budgets in the context of each city’s unique mix of issues and urgencies. It is imperative we help cities find reasonable and pragmatic ways to navigate new challenges and expectations. Without this sensitivity, cities will struggle and likely reject good ideas they agree with simply because a path to achieve them remains elusive.

How can the ideals of the “Right to the City" be realized?

Today, Asia, parts of Africa and South America continue to hyper-urbanize at rates and scales the world has never seen.
Cities in these environments struggle to cope with this unprecedented rate of change. Most cities struggle very hard to provide adequate services and housing to those who are already in the city, but live in substandard conditions. This means a simple and perfectly good assertion like “the right to housing” can instantly pit the rights of long time city residents against the rights of those who aspire to be future city dwellers. A near impossible political challenge for most cities.
In my opinion, every right should come with a corresponding responsibility from the beneficiary of that right. We must find better ways to make this necessary social contract between people clear and acceptable to all. Doing otherwise risks trivializing the issues we care about.
A good way to think about this would be to imagine different groups of citizens based upon their commitment to the city they are in (e.g. transitionary, temporary, and permanent). It would be then politically easier for a city to assign different benefit packages based on these situations, while giving clear paths for anyone to become more, or less committed to that city. Making benefits proportional to individual commitment and responsibility could be imagined and executed in a fair, transparent and equitable manner. This is just an example of the kind of practical thinking our cities need.
Also, despite all the rhetoric, we simply do not put enough emphasis on building good, happy and stable communities. We tend to focus on housing or transportation or, the “parts”, but not on integrating how the combination of hard (physical infrastructure) and soft (social infrastructure) function together to become great places to live.
As one who both practices urban design and teaches it, I see the gap between planning theory and planning practice widening. Unless we can find practical and pragmatic ways to make ideals work, we will not find much satisfaction in the outcomes.

*The Right to the city is an idea developed by the French sociologist Henri Lefebvre, and which has later been adopted by academics such as the geographer David Harvey, promoting more socially inclusive cities. According to the World Charter of the Right to the City, it implies: “equitable usufruct of cities within the principle of sustainability, democracy, equity, and social justice. It is the collective right of the inhabitants of cities, in particular the vulnerable and marginalized group, that congers upon them legitimacy of action and organization, based on their uses and customs, with the objective to achieve full exercise of the right to free self-determination and an adequate standard of living.”

Arun Jain on the “Right to the City”